Penicuik, Scotland, has got talent!  Serious knitting talent, and is bringing this to bear on supporting work at Chitambo Hospital.

Maureen, from Cape Town, South Africa, originally, is a Master Knitter.  She knits night and day and her living room is a colourful Aladin's cave of brightly coloured wool, some of which has been turned into giant polar bears, teddies and African parrots which Maureen sells at local craft fares.  However, on this occasion, she is turning her considerable talent to making baby clothes and blankets for donation to Chitambo Hospital. 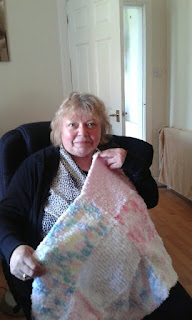 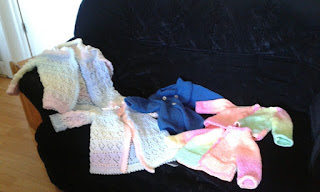 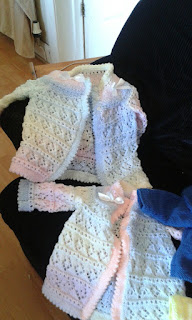 These will be taken to Chitambo by a Scottish delegation which is travelling there in September 2015, and they are bound to be greatly welcomed by mothers and babies who make up the bulk of the in-patient population.  Maureen, we cannot thank you enough for your immensely generous effort.  Natotela sana mukwai (thank you very much, in the local ciBemba).  As an African yourself, you know full well what a difference this will make.

Margaret, a retired Primary School Teacher, is also an accomplished knitter.  She is a longstanding Friend of Chitambo and Penicuik Mayo (Mother) and also involves herself in many other local activities, including the Mother's Union, which is 'big' in Zambia:  http://www.mothersunion.org/node/355

One of the MU's activities is knitting baby hats for pre-term and other babies and this is to our advantage since Margaret has a surplus of small hats she has knitted. 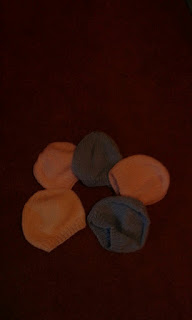 These will also be travelling to Chitambo in September and should make a very nice compliment to Maureen's jumpers and blankets.  Thank you again Margaret.  You are, as always, a staunch and loyal supporter.

In addition, Mrs. Gillian Little, another local Friend of Chitambo and Penicuik Mayo, is providing baby grows for taking to Chitambo.  Thank you very much Gillian, Margaret and Maureen.  These are wonderful donations and will make a real difference.